The history of the ski resort of Val d'Isère

Val d'Isere, a world-class sporting resort, with its champions (Killy, Goitschel) and its famous Bellevarde face, which saw the 1992 Olympic Games and the 2009 World Championships, is amongst the most renowned and largest resorts in Tarentaise with Tignes, Les Arcs or La Plagne.

With a capacity of more than 27 000 beds the resort has a complete and diversified offer. The purpose of this guide is to provide information to be able to choose the accommodation adapted to your needs. But first of all a bit of history...

The history of Val d'Isere

Unlike some resorts built on natural sites, Val d'Isere testifies to a human presence even before the Christian era since traces of the pastoral life led by Celtic tribes were found in this valley perched at 1850 meters above sea level!

Since then the site, despite its isolation, will always be inhabited and becomes a parish in its own right when the Pope gave it its independence in 1637. A church is then erected on the remains of a Roman edifice, the inhabitants no longer have to to go to Tignes to celebrate the cult. Life is rough in the Alpine hamlet totally isolated from the world in winter. Val d'Isere has only a handful of inhabitants who take advantage of the summer to do their agricultural and pastoral activities. Nevertheless, the isolation of Val d'Isere guarantees its security, in a context where the region of Savoie is the object of greed and passes successively from hand to hand.

Tourism in Val d'Isere begins in 1888 with the opening of the first hotel in the village, L'Hôtel Parisien. It was in 1933 that the village began its long transformation into a ski resort with a first key figure, an Alsatian industrialist, Charles Diebold. During the winter of 1936-1937, he was the first to open the first ski school. The birth of skiing in Val d'Isere from 1932 to 1934 is also fueled by the arrival of Austrian instructors who offer ski lessons and initiate local Frenck skier to their techniques: René Bazile, Adolphe and Fernand Bonnevie, Marcel Bonnevie. They are very quickly emancipated from the presence of the Austrians to offer their own courses to the few tourists. Val d'Isere then has 4 hotels. 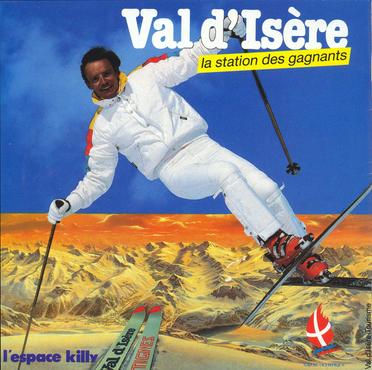 The creation of the ski school in 1936 by Charles Diebold allows to structure the activity. The following year, the road to the Col de l'Iseran is open, enabling the village to be opened in winter and summer, and opens up new possibilities, as tourists arrive on foot from Tignes.

The foundations are laid for Val d'Isère to begin its moulting and gradually pass from the status of isolated village to that of ski resort of international fame.

1937 is also the year that laid the foundations for the resolutely sporty character of the future resort, with the first summer skiing contest on the Pissaillas glacier, consecrated by a trophy award by the President of the Republic Albert Lebrun. A first sign of recognition that is only the beginning of a long series! For the general public, Val d'Isere already has a ski lift since 1934, the Rogoney. The first large-scale ski lift was completed in 1942: the Solaise cable car, which will have to wait until the end of the war to allow more and more skiers to descend the slopes of Val d'Isere. 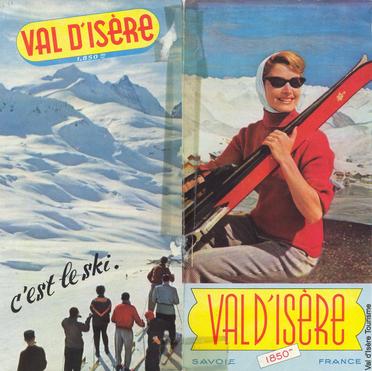 Jacques Mouflier, industrialist of the North of France, joins Charles Diebold and Nicolas Bazile, the mayor, in a common vision of the extraordinary potential of Val d'Isere. From then on the development of the resort accelerated considerably, the peasants of Val d'Isere became hoteliers, ski instructors, shopkeepers, the quality of skiing and the authenticity of the village, its reception, bear the reputation of Val d'Isere beyond the borders of the hexagon.

In 1942 Val d'Isere grew and counts... 242 inhabitants (today 1600, in the census of 2014). Once again it is through competition that the station will develop its notoriety. In 1947 Charles Diebold created the Spring Prize, which in a few years became a major sporting event. The Spring Prize will become the Critérium of the first snow in 1955, passing from spring to early winter (early December). 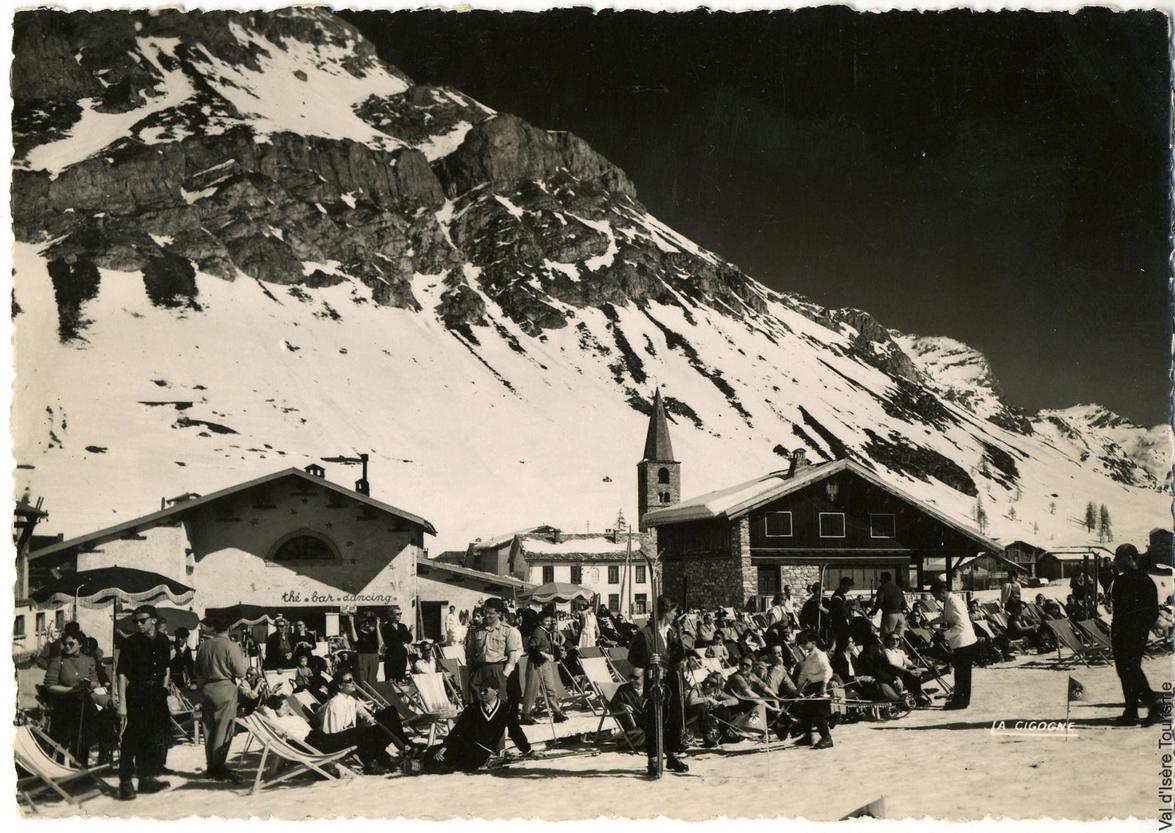 The Criterium of the First Snow is an international competition whose success and popularity continue until today still, including a man's giant event, a men's slalom, a super combined women's, a women's downhill and a super g ladies it remains a mythical rendezvous of the world elite of the ski.

Val d'Isere can also count on its children to ensure its reputation, such as Henri Oreiller who won gold at the Olympic Games of Saint Moritz (downhill and combined) or René Moris who will win the first National Challenge of Monitors organized in Meribel in 1951.

Another event with a considerable impact on the resort, the 3rd International Ski Congress was organized in Val d'Isere in 1954, and the municipality took advantage of this opportunity to make new investments. The ski area developed in the meantime, a new cable car opened in 1952: the Bellevarde cable car. 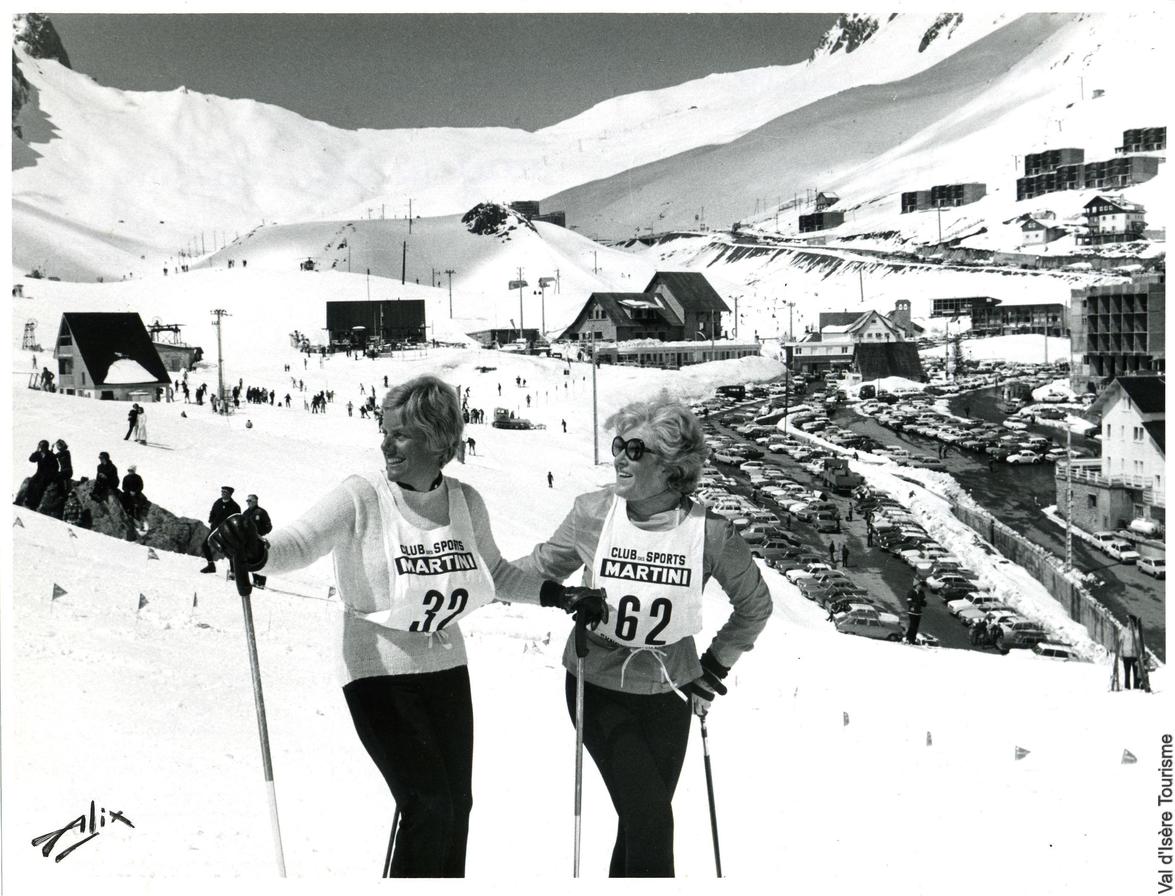 A population that doubles in 15 years

From 1942 to 1956 the population more than doubled, the municipality grew from 242 inhabitants to 528 inhabitants! It now has 36 hotels and its reputation as a high altitude resort is well established. In 1957, the Isere river overflowed resulting in a flood. Work was carried out the following year to contain the Isere which ended in 1959.

The creation of the National Park of Vanoise in 1963 brings additional light to Val d'Isere, which is one of the gateways.

The sixties will be those of the great sporting consecrations of the children of Val d'Isere. In 1964 Christine Goitschel and Marielle Goitschel became giant and slalom Olympic champions. In 1968 Jean-Claude Killy won three gold medals at the Olympic Games in Grenoble by winning the downhill, the giant and the slalom, Marielle Goitschel won a gold medal with the slalom. These three sportsmen will become emblematic of the resort of Val d'Isere, the area linked to Tignes-Val d'Isere is was known as Jean-Claude Killy, Espace Killy.

The 80s': maturity of the resort

After a sustained development lasting nearly 30 years, the mid-'80s marks the age of maturity for the resort, which now focuses on sustainable development, integrated architecture and respect for the traditional style. It is the development of Val Village, a neighbourhood in the traditional style in collaboration with the architect Jean-Louis Chanéac. Val d'Isere will also re-establish its initial direction 10 years later by favouring pedestrian traffic, greenery and landscape.

The 80s also saw the Funival come out of the ground, it is then the first mountain funicular in France. A new detachable cableway will complete the ski lift park in Val d'Isere in 2002, it is Olympe installed on Bellevarde. 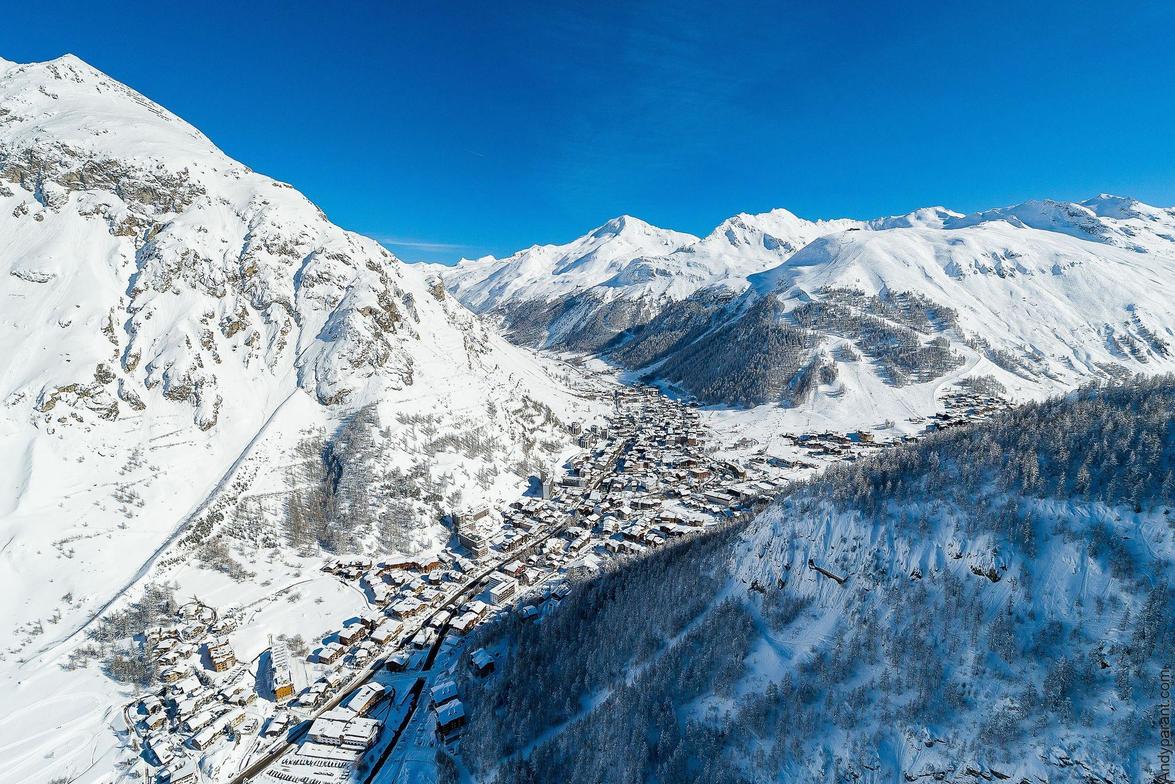 *Subject to the availability of the staff.
Indicative price, for a 7-day booking for 8 people.
Half board does not include food.


Breakfast service
Managed by a housekeeper - 2h30 per day
0 €

Your request has been sent.

Added to the wishlist

Are your sure you wish to delete this property from your wishlist?

Are your sure you wish to delete this property from the comparison tool?

Added to the comparison tool

Removed from the comparison tool